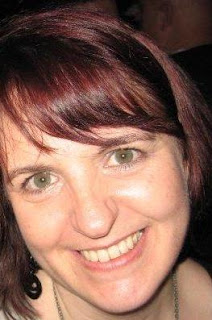 Swedish Beers is the friendliest networking party for people interesting in mobile technology and started in October 2001. Organised and run by Helen Keegan, she has been holding regular Swedish Beers parties in London and an annual party in Barcelona during Mobile World Congress and the Heroes of the Mobile Fringe Festival. There have also been events in New York, San Francisco and Berlin with more to come.

Who is Helen Keegan?

Helen is a retail and marcomms professional with over 20 years experience, Helen Keegan, aka technokitten, has specialised in mobile for more than 10 years. She was at the birth of mobile marketing in 2000 as Head of Customer Experience at ZagMe, the location based mobile marketing pioneer.

Today, Helen is a specialist consultant in mobile marketing, advertising and media working on a wide variety of projects including developing mobile strategies, analysing trends, creating products and services, developer relations and implementing initiatives for a wide variety of clients including NewsCorp, Teletext, Egmont, A-Pressen, Walmart, BBC and Vodafone to name but a few.

Helen is a familiar face on the conference circuit at home and abroad and recently founded and produced her own conference, The Heroes of the Mobile Screen and building on that, has recently founded the Heroes of the Mobile Fringe Festival, with the first one happening at the same time as Mobile World Congress in February 2012. Previous to that, Helen wrote the Guide to Mobile Marketing and Advertising, published by Tanla Mobile in February 2008 and launched at Mobile World Congress that year.

Helen keeps busy running events and initiatives including the Vodafone Mobile Clicks Awards and theVodafone Foundation Smart Accessibility Awards. She spent four years running Mobile Monday London events and initiatives and now works on regional and global projects with Mobile Monday. She runs the popular mobile networking event, Swedish Beers in London and Barcelona. You'll also see Helen is a regular on the speaker circuit and is speaking at Mobile World Congress for the second time in February 2012, has a regular column in Mobile Marketing Magazine and when she has time, she blogs about mobile marketing at http://www.technokitten.com and tweets regularly at http://twitter.com/technokitten.